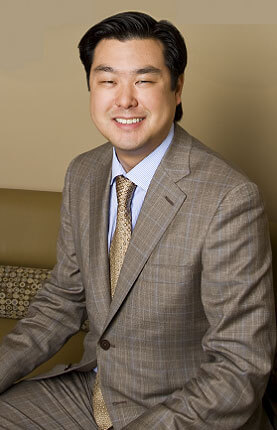 Dr. Richard Ha is a board certified plastic surgeon with convenient office locations in Dallas and Plano. He specializes in pediatric plastic and craniofacial surgery and has expertise in cleft lip and palate, ear reconstruction and ear molding, craniosynostosis and other craniofacial anomalies, jaw distraction surgical correction for speech disorders, facial reanimation for paralysis, facial trauma reconstruction, microsurgery, tissue expansion and birthmarks. He is a member of the craniofacial team at the Pediatric Plastic Surgery Institute.

Dr. Ha is a Clinical Instructor at UT Southwestern Department of Plastic Surgery, and is active in training residents and fellows. He holds memberships in the American Society of Plastic Surgeons and the American Cleft Palate-Craniofacial Association, and serves on several committees. Dr. Ha has published numerous articles on many plastic and craniofacial surgery topics for peer reviewed journals and chapters in leading textbooks. He continues to lecture nationally at courses and meetings.

To learn more about Dr. Ha, please visit his website at www.haplasticsurgery.com.

Cleft lip and/or palate is the third most common congenital (noticed at birth) birth difference, and occurs in approximately 1:750 live births. A “cleft” may include cleft lip, cleft alveolus (gum ridge), cleft of the hard and soft palate or cleft of the soft palate.  A cleft palate (with or without a cleft lip) may cause difficulties with feeding, speech development, recurrent ear infections, and dental problems. Coordinated team care with intervention by a pediatric plastic surgeon, speech pathologist, orthodontist, and otolaryngologist allows for evidenced based treatment. At Pediatric Plastic Surgery Institute, treatment begins at birth. At the time of the initial evaluation by the plastic surgeon, the patient will also be seen by the speech pathologist for a feeding consultation. For newborns with a cleft lip, cleft lip and alveolus, or cleft lip and palate, treatment also includes the use of Nasal Alveolar Molding (NAM). If there is a cleft of the lip, surgery to repair the cleft lip typically is accomplished at approximately 3 months of age.  Dr. Byrd, Dr. Ha and Dr. Trovato use a 2 stage palate repair, repairing the soft palate (velum) at approximately 3 months of age (in those babies with a cleft lip and palate, this would be at the time of the cleft lip repair). The hard palate is typically repaired at 18 months of age.

These physicians have over 50 years of combined experience with this technique, and have found this type of surgical intervention allows for improved speech development and dental arch relationships. The repair of the velum (soft palate) at 3 months of age allows the velum to assist with velopharyngeal closure during cooing/babbling and development of single words.  In addition, postponing the repair of the hard palate until 18 months of age provides two important advantages; reduction of palatal fistulae and decrease in maxillary hypoplasia (decreased growth of the upper jaw). At Pediatric Plastic Surgery Institute, you will be seen by the surgeon and the speech pathologist on an ongoing basis.

Pierre Robin sequence is the presence of mandibular micrognathia (small lower jaw), glossoptosis (tongue posture against the back of the mouth) and cleft palate (wide “u” shaped cleft palate). The presence of the above oral/facial differences may lead to difficulties in breathing and feeding. In newborns who present with respiratory distress due to the mandibular micrognathia, distraction osteogenesis may be recommended. Distraction osteogenesis increases the length of the mandible, thereby allowing the tongue to move forward into the oral cavity.

Velopharyngeal Dysfunction is the inability (for any reason) of closing the velopharynx during speech and swallow. During speech, the velopharynx (velo = velum/soft palate, pharynx = throat) closes (approximation of velum to posterior pharyngeal wall and approximation of the lateral pharyngeal walls to midline) allowing for “oral” resonance. Oral resonance is maintained for all speech sounds, with the exception of /m,n,ng/. If the velophayrnx is not able to make closure during speech, the resulting vocal quality is “hypernasality” (too much airflow through the nasal cavity during the production of vowels) and/or “nasal air emission” (bursts of air during production of consonants). Many individuals who present with velopharyngeal dysfunction may also present with compensatory articulation errors (i.e. glottal stops, nasal frication).

Apert syndrome is characterized by facial differences including hypertelorism (increased distance between eyes), bilateral coronal craniosynostosis (premature fusion of the cranial bones), proptosis (bulging eyes), possible cleft palate, and syndactyly (fusion of toes and fingers). Although Apert syndrome is an autosomal dominant syndrome, in many cases, the child with Apert syndrome is the first in the family to present with this syndrome. Individuals may present with middle ear pathology (recurrent ear infections), possible hearing loss, and possible communication delays (delays in receptive and expressive language, articulation disorder).

Treacher Collins syndrome is a condition that affects the development of bones and other tissues of the face. Facial features include underdeveloped (hypoplasia) of the zygoma (cheek bone), small jaw (mandibular micrognathia), coloboma (notch in the lower eyelid). Most affected individuals have underdeveloped facial bones, particularly the cheek bones, and a very small jaw and chin (micrognathia). Some people with this condition are also born with an opening in the roof of the mouth called a cleft palate. In severe cases, underdevelopment of the facial bones may restrict an affected infant’s airway, causing potentially life-threatening respiratory problems. Additional facial findings include coloboma (notch in the lower eyelid), small, absent or unusually formed ears (microtia).

22q11.2 Deletion syndrome is felt to be found in the population at the same prevalence as Down syndrome, however, it is not as well identified. Individuals with 22q11.2 Deletion syndrome may present with developmental delays due to global hypotonicity (low tone), a history of feeding disorder due to pharyngeal hypotoncitiy (low tone in the throat), cardiac differences (Atrial Septal Defect, Ventricular Septal Defect, Tetralogoy of Fallot), palatal differences (cleft palate, submucous cleft palate, velopharyngeal dysfunction), learning differences, behavioral issues (anxiety, ADHD). Communication skills may be impacted with the child presenting with articulation disorder and resonance imbalance due to probable velopharyngeal dysfunction.

Stickler syndrome is characterized by the presence of cleft palate, or submucous cleft palate and in many cases, Pierre Robin sequence. In addition, individuals with Stickler syndrome may present with visual differences (high myopia, retinal detachment) and pediatric arthritis.

Kassi Brooks is committed to providing the support, opportunities and speech therapy services necessary to promote every child’s independence and overall development from infancy through adolescence.